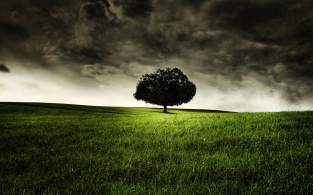 I fear I am not alone in my concern for my reputation. Often, in ministry, your reputation is all you have. If you don’t protect it no one else will. My fear, however, is that I and many others are protecting our reputations at the expense of the Kingdom. We fear the effects the tongues of men will have on our reputations if we should dare to follow the raw challenge and call of God we’ve heard.

That being said, I am haunted by Philippians 2.

Christ was willing to make Himself of “no reputation” in order to fulfill His divine commission. Yet we hesitate and pass on opportunities to further the Gospel and the kingdom, to minister to souls we have every right to minister to in a way that is acceptable to God because we fear the effect that ministry will have on our reputation. We guard our reputation with more ferocity than we fulfill our call. That is nothing less than idolatry.

When I read the Old and New Testament I find men and women who lost their reputations in search of a greater treasure than the approval and praise of men. The modern narrative of the revelation that came at Topeka and Azusa resulted in men and women who lost the status they held in their networks, lost friendships and reputations, in pursuit of truth and the revelation of Jesus Christ and the gift of The Spirit.

“A good name is better to be chosen than riches” (Prov.22:1). Truth. I am not advocating reckless behavior which sacrifices both character and reputation willfully. Maintain your reputation as best you can by maintaining your character. Yet the reality is that your character can be clean and your reputation be soiled by the slander and libel of wicked men. Men will malign your motives and curse your name for every good intention. When they do, care not for your reputation and continue to do good.

It may be that in following the call of God in our lives we face the reality of men mis-characterizing our motives and misunderstanding our intentions. We could be subject to unjust criticism and rebuke. When we face that fork in the road and must decide between defending our reputation and fulfilling God’s call, even if we are “despised and rejected of men”, I pray we have the courage and the faith to pursue God’s purpose in faithfulness and integrity.

Let this mind be in you which was also in Christ.

A few comments on reputation:

“I hope I shall possess firmness and virtue enough to maintain what I consider the most enviable of all titles, the character of an honest man.” George Washington

“Associate yourself with men of good quality if you esteem your own reputation. It is better to be alone than in bad company.” George Washington

“Character is like a tree and reputation like a shadow. The shadow is what we think of it; the tree is the real thing.” Abraham Lincoln

“Reputation is an idle and most false imposition; oft got without merit, and lost without deserving.” William Shakespeare

“Reputation is what men and women think of us; character is what God and angels know of us.” Thomas Paine

“Let this mind be in you, which was also in Christ Jesus: Who, being in the form of God, thought it not robbery to be equal with God: But made himself of no reputation, and took upon him the form of a servant, and was made in the likeness of men: And being found in fashion as a man, he humbled himself, and became obedient unto death, even the death of the cross. Wherefore God also hath highly exalted him, and given him a name which is above every name: That at the name of Jesus every knee should bow, of things in heaven, and things in earth, and things under the earth; And that every tongue should confess that Jesus Christ is Lord, to the glory of God the Father.” (Philippians 2:5-11, KJV)