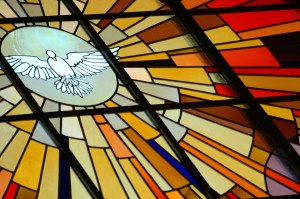 Crucial to a proper understanding of Christianity is knowing that it is strictly monotheistic. Christianity, along with Judaism and Islam, are fiercely monotheistic. Monotheism comes from the Greek word “mono” meaning singular or one and “theos” meaning God. Outside of these three major world religions there are many divergent views on both the quantity and quality of gods that exist in the universe.

The classic expression of the doctrine of [the oneness of] God is found in Deuteronomy 6:4. “Hear, O Israel: the LORD our God is one LORD.” This verse of Scripture has become the most distinctive and important statement of faith for the Jews. They call it the Shema, after the first word of the phrase in Hebrew, and they often quote it in English as “Hear, O Israel, the LORD is our God, the LORD is one.” Traditionally, a devout Jew always tried to make this confession of faith just before death.

In Deuteronomy 6:5, God followed the announcement of the preceding verse with a command that requires total belief in and love for Him as the one and only God: “And thou shalt love the LORD thy God with all thine heart, and with all thy soul, and with all thy might.” We should notice the importance which God attaches to Deuteronomy 6:4-5. He commands that these verses be placed in the heart (verse 6), taught to the children throughout the day (verse 7), bound on the hand and forehead (verse 8), and written on the posts and gates of houses (verse 9).

Orthodox Jews literally obey these commands today by binding tefillin (phylacteries) on their left forearms and on their foreheads when they pray, and by placing mezuzzah on their doors and gates. (Teffilin are small boxes tied to the body by leather straps, and mezuzzah are scroll-shaped containers.) Inside both types of containers are verses of Scripture handwritten in black ink by a righteous man who has observed certain purification rituals. The verses of Scripture usually are Deuteronomy 6:4-9,11:18-21, Exodus 13:8-10, and 13:14-16.

During a trip to Jerusalem, where we gathered the above information, we attempted to buy tefillin. The Orthodox Jewish merchant said he did not sell tefillin to Christians because they do not believe in and have the proper reverence for these verses of Scripture. When we quoted Deuteronomy 6:4 and explained our total adherence to it, his eyes lit up and he promised to sell to us on the condition that we would treat the tefillin with care and respect. His concern shows the extreme reverence and depth of belief the Jews have for the concept of one God. It also reveals that a major reason for the Jewish rejection of Christianity throughout history is the perceived distortion of the monotheistic message.

Many other Old Testament verses of Scripture emphatically affirm strict monotheism. The Ten Commandments begin with, “Thou shalt have no other gods before me” (Exodus 20:3; Deuteronomy 5:7). God emphasized this command by stating that He is a jealous God (Exodus 20:5). In Deuteronomy 32:39, God said there is no other god with him. There is none like the LORD and there is no God beside Him (II Samuel 7:22; I Chronicles 17:20). He alone is God (Psalm 86:10).