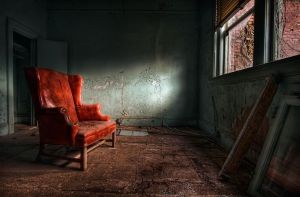 There’s something about sinful behavior that comes easy to us. It has been the inclination of man since Adam and Eve to challenge God’s law and God’s order. It’s our nature to sin. The Bible teaches that we inherited that sin nature from Adam and Eve. It’s as natural for a man to sin as it is to breathe. We sin with ease and with regularity. We sin without even thinking about it. We sin every day. We are slaves to sin.

The Apostle Paul helps us understand this nature to sin when he explains, in his letter to the believers in Rome, that we are slaves to sin. We work for sin and it’s wages is death. If sin is in our lives, even a little, we are not in control, sin is. When it is finished, it will not only ruin everything but it will bring death.

If you really want to develop some serious mental issues think about this. One of the most important elements for sustaining life on this planet is oxygen. Everything needs it. Trees need oxygen, animals need oxygen, the atmosphere contains oxygen, and of course, humans need oxygen. Water is a mixture of hydrogen and oxygen. Oxygen is vital for all life to continue. Yet the process by which everything on this planet decays is oxidation; exposure to oxygen.

The rust that destroys metal is oxidation. The brown spots that form on leaves as they die are the result of oxidation. When you bite that apple, breaking its protective skin, and let the oxygen in the air begin to react with it, it turns brown, mushy and decays as a result of oxidation. And then there’s us. We breathe it every day and our skin cells decay and fall off and replenish themselves in constant cycle because of the process of oxidation. Yet we cannot get enough of this precious oxygen. We need it, and it’s killing us and everything it touches!

How can we escape? That’s the same question Paul asks in Romans 7:24. I serve sin, yet I know it’s killing me and it’s ruining everything. We’re not sinners because we sin. We sin because we’re sinners.

The big problem with sin is that it’s hard to clean out once it begins to grow. The Bible often compares sin to yeast. Once a little bit gets in it becomes nearly impossible to ever clean it all out. Furthermore, it spreads and influences every aspect of your life. Sin ruins everything.

Not only is it hard to clean out, it’s hard to cover up. It has a way of leaking out of whatever you try to contain it in and exposing its presence to the world. It’s an acid. You can’t clean sins container and think it’s gone. The Pharisee’s tried. They washed the outside clean and white but inside they were still full of sin. Jesus said they were like a tomb that had been painted white. It looks nice on the outside but inside is dead men’s bones.

Jesus told a story about a son that left home in search of his own life. He took his inheritance from his father and went into “a far country”. While in this far country the son spent his money on what Jesus called “riotous living”. Soon the day came when the money ran out and his friends were gone. He had nothing left and no one to give him anything. He was ruined.

The son, now broke, friendless and desperate, joined himself to a citizen in that far country. That man sent him into the fields to feed the swine. It was an insult for an observant Jew to be standing in the mud and filth of pigs. As he stood there, amongst the filth and the swine, Jesus said he almost ate the slop that the pigs were eating. He didn’t eat it, but he came so close.

Sin is the cause of violence, death and brokenness. Sin is what entices people to do stupid things in dangerous places with people they shouldn’t trust. Sin is the reason we’re easily addicted to chemicals that destroy our minds and our bodies. Sin is the reason people’s futures and ambitions are destroyed. Sin is what corrupts talent and potential. Sin cheapens love and ruins relationships.

Our problem is sin and sin ruins everything.